The story behind Charli’s Crew™ 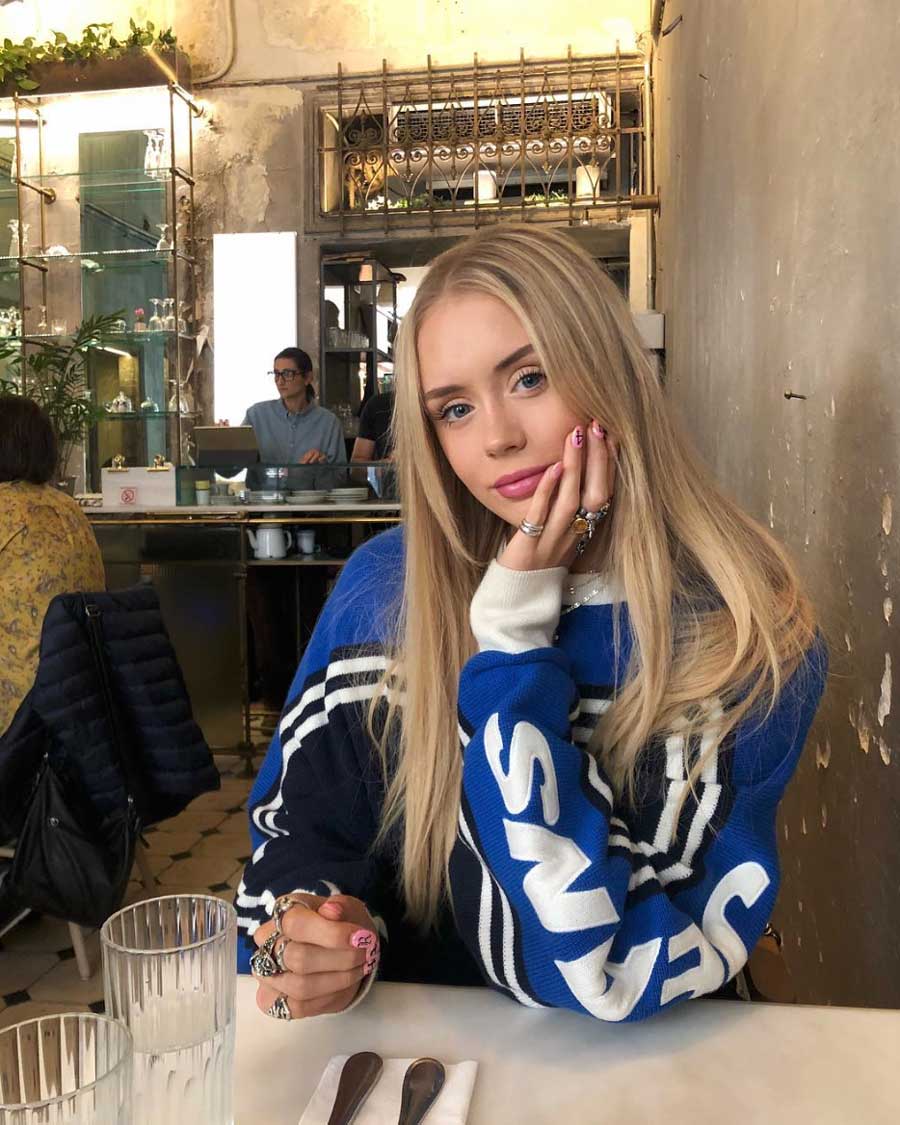 Hi, I’m Charli and I thought I would use our first blog to tell you a bit about myself and the story behind Charli’s Crew™.

Let’s start at the beginning… A few years ago, I went to University College London (UCL) to study my undergraduate degree in Economics, since this was a subject I really loved at school. However, once I started my degree, I realised that it probably wasn’t for me, and that my ‘career’ in Economics would end after UCL.
However, in my final year at UCL, two things happened that really changed the path of my life. Firstly, after a lot of researching, I decided I wanted to go to Paris to study a masters in fashion. I applied for a MSc in Luxury Management at L’Institut Francais de la Mode (IFM) – ranked number one by Business of Fashion – and to my surprise, I was offered a place. So, whilst all my university friends were getting ready to start their jobs at JP Morgan and Goldman Sachs, I was getting ready to move to Paris.

Now for the second thing that happened during my final year: I started following a Ketogenic diet. It might seem a bit excessive that I’m writing about starting a diet as such a milestone, but it really was. It was during my revision period for my final exams that I discovered this ‘high-fat, low-carb’ way of eating.
To be brief, the Ketogenic diet means consuming around 70-75% of your calories as fat, 20-15% as protein, 5-10% as carbohydrates. We’ll write a more detailed blog about this for you guys later, but that’s just to give you an idea. Once I started this diet I really didn’t want to stop. I had so much more energy and no desire to snack in-between meals.

This was amazing because a) those are two things I’ve always struggled with and b) it’s much easier to sit and revise in a library when you aren’t falling asleep/snacking every 30 minutes. The first week I did have the ‘Keto Flu’, as people call it, but it really wasn’t all that bad.
Fast forward six months, I had graduated, had a great summer and now was studying in Paris. I love Paris – the energy, the beauty and the people. I was lucky that I made some very close friends on my master’s programme, and I also had some friends in Paris from London.

The programme itself was very interesting; we had lectures by some of the most prominent figures in the industry – such as the CEO of Dior – but it was also extremely intense. The one thing I struggled with the most was keeping up with my keto diet.

Most days my friends would order Deliveroo/UberEats for lunch, but I never could. The number of healthy options were very limited and they normally consisted of non-keto options, such as poke bowls, potato-based soups, and heavily dressed salads. As such, every day I would bring my own keto-friendly lunch and, of course, snacks into university. It sounds a bit odd to say, but keto cooking definitely became a passion of mine during my masters. I spent a lot of time searching for new keto versions of my favourite dishes, which I would then go home and try to make.

Eating to suit my diet was also a challenge I faced on weekends. When eating out in Paris, it’s hard to know what’s in your food – and if you do manage to find out, its particularly difficult to make any changes to the dish. Sometimes even asking for no toast with your scrambled eggs can be a nightmare.

There are healthy lunch places in Paris, but I never found them particularly enjoyable to go to. Many of them lacked the friendly and welcoming energy that makes you want to stay there. This is something I’ve definitely always taken for granted in London.

One night, my friend Daisy and I were talking about this and she said: “Why not open a restaurant of your own, which serves all the types of food we can’t easily find here?” And that’s when the idea to open Charli’s was born.

At this point, I was still completing my masters and at the stage where we had to find a six-month internship. After realising that fashion wasn’t for me, I asked the IFM whether they would give me their approval to pursue my restaurant, instead of an internship. Thankfully they said “yes”, and I started to work on my new venture.

The first step of my business was to partner with my mum – The Sugar Doctor™. She is a registered nutritional therapist and the reason why I became so interested in health in the first place. It’s been amazing working with my mum, who, as cliché as this sounds, really is like my best friend. We bounce ideas off of each other and we agree on most things.

Our ultimate goal was to create a Sugar Safe™ restaurant. We’ll write another blog for you about that too, but the basic idea is that our food will be free of refined-sugars, carbohydrates and any ingredients that spike your blood glucose levels. This means our menu will cater for people on different diets – Keto, Paleo and vegan. We will make all the lunch/brunch foods you know and love – but we’ll make them with Sugar Safe™ ingredients.

Although we had lots of ideas and were super excited to put them into place, we knew we couldn’t do it alone. This is where Leo comes into the story. Leo and I have been very good friends for many years – ever since I was finishing high school. He’s smart, dynamic, hardworking, and the perfect complement to mine and my mum’s personalities.

Most importantly, he shares our values and vision for Charli’s. Funnily enough, when I first had the idea for Charli’s, he was also working on a plan to open his own health restaurant. We used to joke about being each other’s competition, but then we decided it was so much better to be on the same team and he joined us to help take Charli’s forward.

So, that’s the story of how Charli’s Crew™ came to be, and how the past few years of my life have led me to this point. Even though it hasn’t been the most conventional path, switching from economics to fashion, and fashion to restaurants, it’s made me realise that this is truly where my passion lies.

I want to create a restaurant where you can have complete confidence that your food really is healthy. Somewhere where you know exactly what your eating, and somewhere where you really enjoy being with the people you love to spend time with.

CATCH YOU AT CHARLI'S

Come down, say hi and enjoy some of our delicious food. We operate a walk-in-only policy during the week, but give us a call to make a reservation for the weekend.